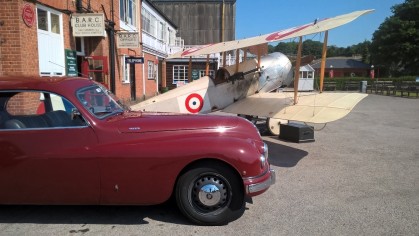 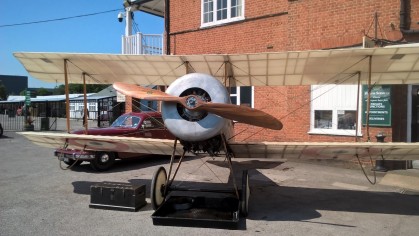 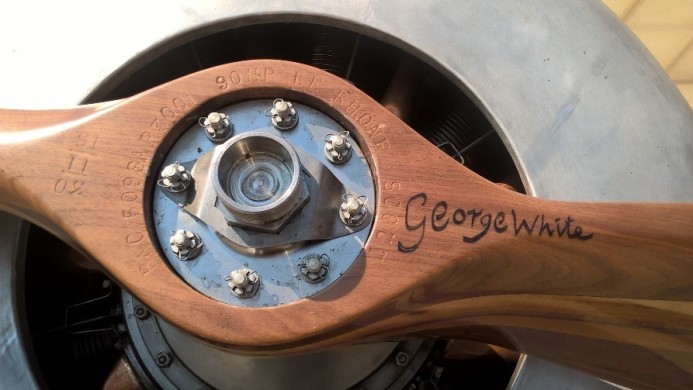 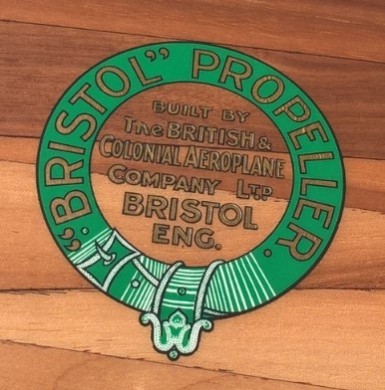 I spend Mondays at Brooklands Museum acting as a steward ( talking to visitors and keeping an eye on the exhibits to prevent the visitors wrecking them or stealing bits – yes it does happen! ).

On one Monday in June 2016 I parked my 403 in one corner of the Paddock at Brooklands ( an enclosure reserved for parking of classics only). It was very early so the 403 was the only car in this very big Paddock area. After a while, a 4×4 arrived towing a very large trailer which the driver parked at the opposite corner, well away from the 403. As I watched from inside the Clubhouse, four gentlemen emerged from the 4×4, walked over to the 403 and crowded around the car. They then returned to the trailer, pulled out the parts of a vintage aircraft and started assembling it on the other side of the Paddock. 15 minutes later and the whole thing was done – a magnificent World War 1 bi-plane stood on the tarmac. Then, to my surprise, they pushed the plane up to the 403 and parked it right next to the car. When I went out to talk to them, it all became apparent. The plane was a 1916 Bristol Scout. The owner told me how surprised and delighted they were to find a Bristol car parked there. Photographs were taken of the plane and car together and the owner of the plane showed me around. I was surprised at how crude the construction and controls were – but it worked! The owner then told me the following: the Lewis machine gun bolted to the side of the fuselage fired through the propellor but, unbelievably, was not synchronised. Synchronisation did not arrive until the following year.The result was that bullets hitting the wooden propellor caused splinters to fly back in the slipstream into the pilot’s face. The pilots apparently had developed a trick involving covering the propellors with some sort of cloth to mitigate the problem of splinters.

I found this rather hard to believe but, on looking it up later, it might well be correct. Many of the earliest attempts to arm British aircraft with forward-firing guns were tested in action using Bristol Scouts. These began with the arming of Scouts with two rifles, one each side, aimed outwards and forwards to clear the propeller arc. Some of the Scouts for the RNAS

( Royal Naval Air Service ) were armed with one

(or occasionally two) Lewis guns, commonly mounted  on the forward fuselage just as if it were a synchronized weapon, firing directly forward and through the propeller arc, an action likely to result in serious damage to the propeller. Bullet-deflecting wedges were tried but abandoned as the wedges also required the use of an immense spinner, which almost totally blocked cooling air from reaching the engine.

I forgot to find out whether or not the aircraft was capable of flight but, even if not, it was a beautiful piece of historic machinery.